We are pleased to announce the legal and non-legal services that will be partnering with Victoria Legal Aid as we roll out the Family Advocacy and Support Services program across Victoria.

We have established multiple new partnerships to expand Family Advocacy and Support Services (FASS) across the state and provide more legal advice and support at court for those impacted by family violence.

The organisations will partner with us to deliver duty lawyer services, family violence support services and mental health support services at circuit locations of the Federal Circuit and Family Court of Australia (FCFCOA) throughout Victoria.

For more information see link below:

The conference will be launched by Victoria’s Minister for Mental Health, Minister Gabrielle Williams. Senior representatives from the Victorian Government will be invited to engage in high-level, solutions focused policy discussions, led by the Victorian mental health sector, including the consumers, carers, families and supporters at the heart of our system.

This will be an opportunity for Victoria’s mental health sector to thoughtfully examine key reform initiatives from the first 18 months of Victoria’s reform journey, including legislative reform, service system reform in clinical and community settings, Aboriginal Social and Emotional Wellbeing, and Lived Experience reform.

The public consultation period ends COB on Friday 27 May 2022.

This is the last day that you will be able to lodge a public submission.

“To my mind, the clinical evidence is clear…every day that this takes is a day that we lose people, and that’s not acceptable…”

Dr Tra-ill Dowie, dual PhD holder and co-founder of the Mind Medicine Institute speaks of the injustice of denying those in need treatments that can alleviate their suffering.

The Majority of Australians ALREADY Support the Regulation of Psychedelic-Assisted Therapy… But The Regulators Don’t Know Where You Stand. Show Them That It is Politically Safe to Listen to the Science By Making A Submission. Australians Deserve Better.

The Australian Electoral Commission (AEC) is recruiting a temporary workforce for the 2022 federal election.

The AEC promotes diversity and inclusion and equal employment opportunities.

If you are interested in applying for a temporary position with the AEC you can learn more about the positions and how to register through the following links:

If you decide to apply, you will be asked to indicate if you have a disability and whether reasonable adjustment to the workplace is required. The AEC may contact you to discuss your situation.

If you have low vision or difficulty completing the registration online, please contact the AEC on 13 23 26 for assistance.

Amber covers health and social affairs for Crikey. She has been shortlisted for two Young Walkley Awards, was the 2021 Mumbrella Young Writer of the Year for her coverage of sexual violence, and in 2018 completed the Jacoby-Walkley scholarship. She holds two Master degrees and previously worked for The Age, Nine News and ABC’s Tonightly.

The agency that oversees the National Disability Insurance Scheme (NDIS) has no idea how many of the workers it pays for to provide services are unregistered.

These workers, who are either employed by a company or are freelance, can provide services ranging from landscaping to personal care, chosen by NDIS participants. They’re governed only by a “code of conduct” comprising just seven dot points around respecting privacy, preventing and responding to sexual misconduct and providing quality care.

“There are more checks and balances when buying a beer than there is on the provisions of unregistered NDIS services,” Labor Senator Tony Sheldon told a Senate committee hearing yesterday. He pointed to the responsible service of alcohol (RSA) course those working in pubs and bars have to take to serve booze, versus the lack of certification disability workers have to have.

Allowing people with disabilities to pick and choose who provides their services is a crucial part of the NDIS model around choice and control. But with a toothless sector watchdog understaffed and overburdened with complaints, unregistered providers can not just be costly — but dangerous too.

Acting NDIS Quality and Safeguards Commissioner Tracy Mackey told estimates there were around 4000 unregistered providers — but couldn’t provide an exact figure. So how exactly are standards enforced?

400% surge in people with disabilities disputing their NDIS plans — but what is being done about it?

Disability staff are some of the lowest-paid workers in Australia and many have no disability-related qualifications. There’s high turnover too, with around a quarter of staff leaving their role in a given year.

As Crikey has revealed, this has led to several instances of abuse, neglect and theft for many people with disabilities.

The fact the NDIA can’t say how many unregistered providers or workers there are is extremely worrying, estimates heard. It also has no idea how many of those unregistered workers are vaccinated.

Social Services Minister Anne Ruston also said she has no idea how many Australians with disability have died from COVID-19. She said the government “wouldn’t necessarily know” if someone has a disability.

How are dodgy providers dealt with?

Mackey said people with a disability, their families or their advocate can make a complaint about a registered or unregistered provider with the NDIS Quality and Safeguards Commission.

But how realistic is this? As of June 2021, the commission employed just 124 staff across the country. In the past financial year the commission received:

Between July and December 2021, an extra 4134 complaints were submitted to the commission.

Crikey has heard instances of commission staff walking off the job in tears due to understaffing and under-resourcing. There were just 291 investigations launched into complaints in the past year, and just 46 providers have been banned since 2018 when the commission was formed.

The commission was recently granted broader powers to grant banning orders based on how suitable an organisation is to provide services and to approve or revoke quality auditors.

Are unregistered providers the issue?

Unregistered providers are an important part of allowing people with disabilities to chose who provides them with care — especially given the care is often personal in nature. But making sure that person is qualified, suitable, vaccinated and hasn’t been banned from providing certain reports largely rests on the person with disabilities.

“We do try really hard to encourage self-managing participants to require their disability support workers to be vaccinated,” Mackey said, while NDIA CEO Martin Hoffman said it was up to the states and territories to oversee vaccination status of disability workers.

Those working with a registered NDIS provider have to undergo a worker screening check, and if they’re found to have been involved with criminal activity that could impact a person with a disability, such as online scamming or abuse, they receive an exclusion from working with registered providers.

But this doesn’t exclude them from working with an unregistered provider or within the disability sector altogether.

Hundreds of Victorians have had their say on the Andrews Labor Government’s new Mental Health and Wellbeing Act, which will enshrine recommendations from the Royal Commission into Victoria’s Mental Health System into law and help build the state’s new mental health system. The Royal Commission set out a 10-year vision for creating a balanced, flexible, and responsive system that delivers individualised care for every Victorian who needs it, with a key recommendation that the Mental Health Act 2014 be replaced with a new Mental Health and Wellbeing Act by mid-2022.

The Andrews Labor Government is supporting the selfless Victorians who care for a loved one with mental illness or in psychological distress, with a funding boost for mental health carers. Minister for Mental Health James Merlino announced the Labor Government is investing $16.8 million to help Victorian carers, either financially or with relief and respite from their caring roles. The support includes $8.8 million for the Mental Health Carer Support Fund to help more carers pay for expenses related to their caring role and support their own health – whether it’s respite from their caring responsibilities, food and bills for their own family, or supporting their personal wellbeing through exercise or counselling.

Established in July 2020, the Victorian Disability Worker Commission (the Commission) regulates all disability workers in Victoria, regardless of their funding.

The Commission can take and investigate complaints about Victorian disability workers.

Making a complaint is a great way to improve services for everyone.

By choosing a registered worker, people with disability can be confident the worker meets professional standards—no matter what service provider they work for or how their services are funded.

For over a year now, COTA Australia has been campaigning to protect the mental health and social connections of aged care residents. Everyone has a right to be protected from COVID-19. But in some cases paternalistic nursing home managers put that right above all others, and residents were cut off from family for months. Social isolation has terrible consequences on mental health, and often causes rapid decline in general health.

Last year, in partnership with other consumer and carer advocates, we led the creation of the Industry Code for Visiting Residential Aged Care Homes during COVID-19. Negotiated with aged care provider representatives, and endorsed by National Cabinet, it helped in many cases, but not all.

Now, as Australia achieves its vaccination goals, we have been working to revise the Code, and we need your help.

The endorsing organisations have agreed to a public consultation, and we need your wisdom, and your voice.

What other changes are needed?

Is it easy to understand?

We have advocated for a nominated “Essential Visitor” to be chosen by the resident. That person will be able to get in, even during a lock down. Is this the right way to go?

Please have your say before midday Friday 19 November.

Older people have a right to be protected from COVID-19, and they’ve got a right to mental health and family connection too. 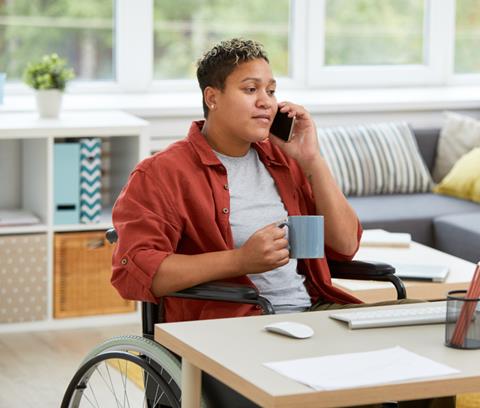 Feedback from the community will help ensure the Disability Act appropriately reflects Victoria’s role post-NDIS transition and continues to promote and protect the rights of people with disability, supports their needs and aspirations, and advances their inclusion and participation on an equal basis with others.

The consultation runs for four weeks until 20 October 2021. For more information and to have your say, visit engage.vic.gov.au/disability-act. 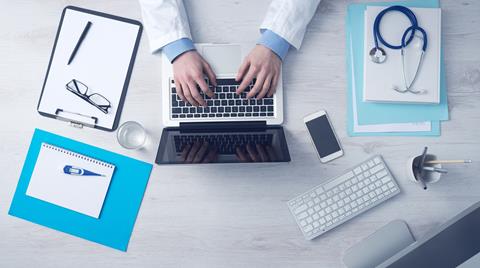 Victorians are invited to have their say about new local mental health and wellbeing services.

The development of new Local Adult and Older Adult Mental Health and Wellbeing Services is a key part of the Victorian Government’s mental health reform, following recommendations from the Royal Commission into Victoria’s Mental Health System.

The services will focus on prevention and early intervention for adults who are experiencing mental illness or psychological distress as well as treatment for alcohol and drug addiction.

The Royal Commission into Victoria’s Mental Health System recommended 50 to 60 new Local Adult and Older Adult Mental Health and Wellbeing Services be established across Victoria by the end of 2026.

Victorians are invited to share their thoughts on local services and the design of the treatment, care and support through the Engage Victoria website by 20 September 2021.

We are a community support group for the families and friends of people with a serious mental health condition/psychosocial disability in the South East region of Melbourne as well as carers from outside these areas who might be seeking information and support.